Speaking for Ourselves began in February 1982 and has been assisting to empower others, pass legislation, and supporting all people to speak for themselves. 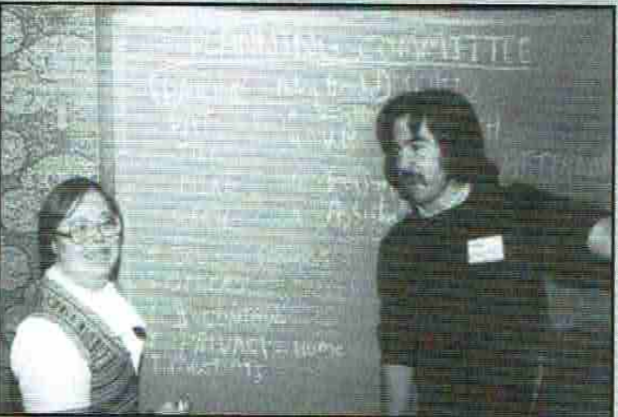 We met at Montgomery County ARC in Norristown. For the first time, we discussed forming a group run by and for people with disabilities. We discussed if we were interested in holding a conference. These meetings led to our first conference in June of 1982.

Our first conference was very uplifting and successful and there were around 100 people attending. Some of these people spoke out; among them were: Harry Cappuccio, Steve Dorsey, Betty Potts, Domenic Rossi, Lynne Armbrust, and Luann Carter. People came from group homes, boarding homes and with their parents.

The title for our name was thought of by the small group, five of us. We thought of “People Like Ourselves,” then the word ourselves remained the same, we decided to add “Speaking For” in front of “Ourselves” as our title.

1982
Chapters Begin to Form
Montgomery County was the first chapter started in 1982. 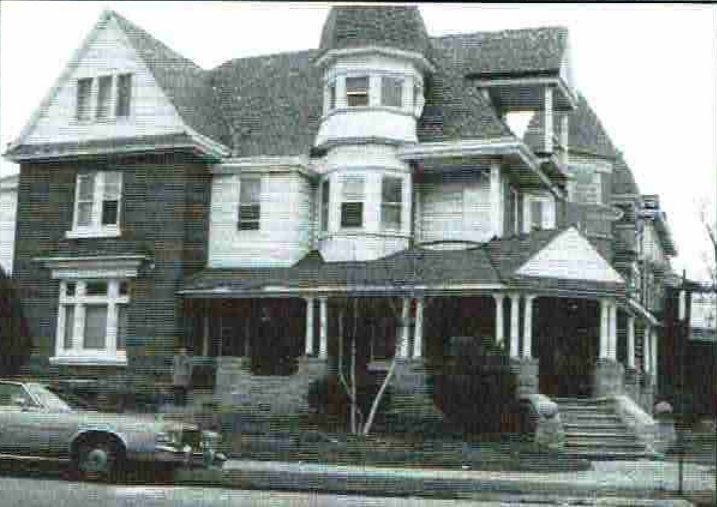 Chapter meetings were first held at the Montgomery ARC Building until we discovered the Norristown Public Library. Meetings were held once a month.

During 1983, the other four county chapters started. They were Bucks, Chester, Philadelphia, and Delaware. Some of the first chapter presidents were Steve Dorsey, Roland Johnson, Louis Newburg, Richard Humer and Karen Hayes. A few of us from Speaking for Ourselves went to Pittsburg and Harrisburg to start a chapter but they fell through.

In the year of 1990, the Mon Valley near Pittsburgh started and formed.

In 1998, we were very proud to add our Blair and York chapters.

1984
Our Early Conferences
In 1984, a conference was held at Montgomery County Community College and the theme was “What is Self-Advocacy.” 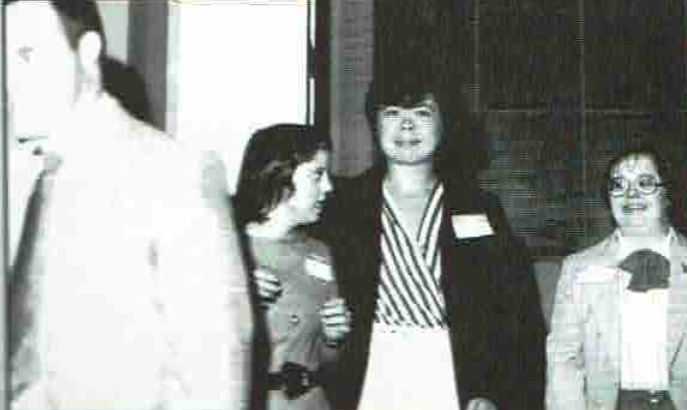 It was attended by 300 people.

In 1985, we were at the Valley Forge Sheraton Convention Center after they first opened.

In 1987, we celebrated our 5th year anniversary at the Dunfey Hotel.

In 1988, we met at Twelve Caesars about our future.

In 1989, we started to hold our conferences at the Delaware County Community College.

May 1985
We became a Non-Profit
Speaking for Ourselves became a non-profit corporation on May 23rd, 1985. 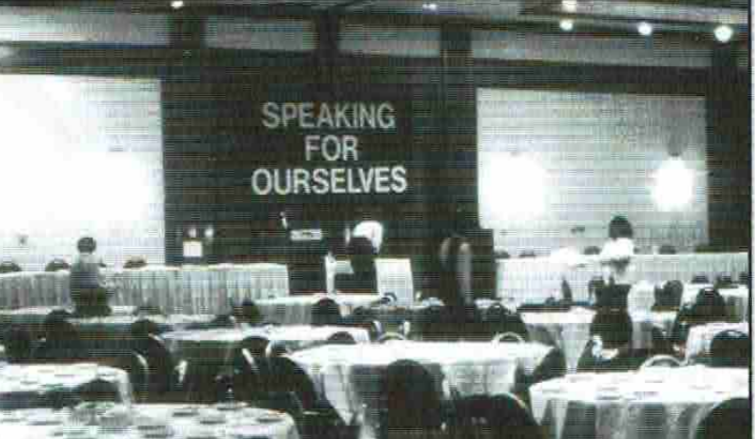 The people who signed the official documents were Daniel Kolb, Harry Cappuccio, Luann Carter, Peggy Carney, Domenic Rossi, and Mark Friedman. The first Board of Directors was formed and began meeting at Ken-Crest office in Plymouth Meeting Domenic Rossi was the first Board President.

Over the years, a lot of people have traveled nationally and became well known by speaking at presentations and conferences. 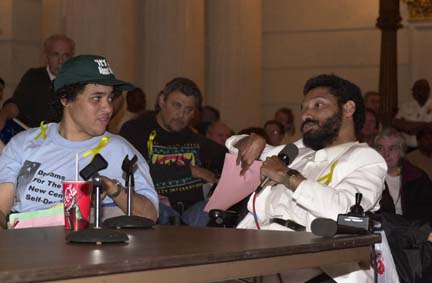 Some of the people that members from the chapters worked with have been Ginny Thornburgh, Congressmen, Peter Kottmeyer, Joe Hoeffel, and Jon Fox, and Senator John Heinz.

As we got bigger, we got more involved with very important issues. We started to work to get people out of institutions. We worked with Temple University to interview people in sheltered workshops and in Real Jobs. We were part of rallies held in Philadelphia and Harrisburg for more funding. We testified in Federal Court. We testified to the United States Congress in Washington D.C. and to Pennsylvania governmental officials in Harrisburg. We helped the National Park Service to make Independence Hall more accessible to people with disabilities. The League of Woman Voters worked with us on voter registration.

1990
The Americans with Disabilities Act was signed by President Bush in 1990 and several of our members were invited to the white House for the signing ceremony. 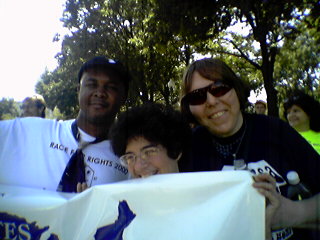 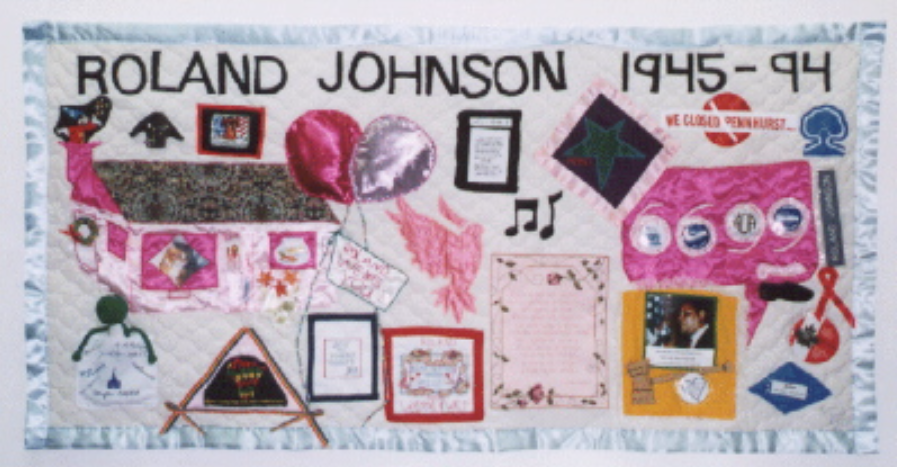 He was sorely missed, and he was a big part of us.

In memory of Roland, we were a part of making a quilt in his honor.

Roland’s quilt is about his life. We used his favorite colors, and the things that mattered to him. Family and friends were invited to contribute to the making of the quilt panel in memory of Roland. There were 3 themes; his church and family, his home and personal life, and Speaking For Ourselves and his public life. As part of the church and family theme, there were Bible verse needlepoints and the dove representing his Church. The applique of his house is surrounded by the things that mattered in his personal life, like his cat Mittens and the frog that hung on the bulletin board in his hospital room. The logo for Speaking For Ourselves, a self-advocacy organization, was used as the center of his public life, the gavel stood for the years he was president of the Philadelphia chapter of Speaking For Ourselves and for the four years that he was president of the Board, and vice president of the national self-advocacy organization.

September 1997
Debbie Robinson Meets the President
Debbie arrived at the White House as part of a disability leader’s meeting with the President on September 10th, 1997. 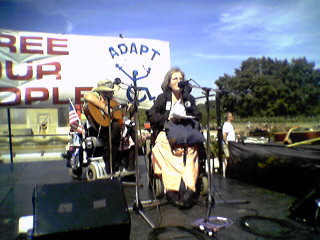 She was helped through many security checks and into the White House. When she reached the meeting room, it was startling to see they were meeting in the President’s Cabinet Room. Note cards with everyone’s name were laid out on the huge wooden conference table and there was Debbie’s name right next to the Presidents. Other disability leaders were kidding Debbie about sitting in the chair beside the President. They called it being in the hot seat.

The President arrived and shook hands with all at the table. He introduced those on his cabinet with disabilities, Bob Williams and Judy Heumann. He brought someone from employment and social security. The President started off this historic meeting by talking about the importance of the ADA and the new CASA bill. He told the dozen guests that he needed to hear from the grassroots and to have everyone at the table. He asked to hear from everyone in the room and how important it was to have the cross-disability groups involved. He realized and appreciated the hard work everyone at the table was doing and how he really supported the ADA and the IDEA.